as above so below, a call for the reconciliation of opposites

A few thoughts. I have been reading up on the eastern practice of Qigong and find it fascinating that the energy in the body is so well articulated by this system and forms the foundation of the Tao. I came across this energy in my studies first in ancient Egypt as Ka and was able to grasp its meaning through its iconography such as the bull and food offerings, which gave me a clear indication that it is the life force. Its ultimate meaning I grasped through an epithet of the female Pharaoh Hatshepsut who was called Maat Ka Re which loosely translated means the natural order of the life force is expressed through Re. 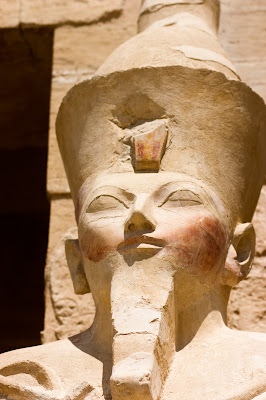 Re is associated with the life giving and life taking cycles of the sun which is an excellent way to describe this force. The concept of Maat in ancient Egyptian thought is pretty close to the conception of the Tao in that it is a way to live in harmony with the natural order of the universe. Going even deeper into the esoteric nature of ancient Egyptian beliefs I could see how this strong alpha bull force is the direct cause of the death of the soul when it incarnates into matter. It's instructive to view the soul as the light and the light is snuffed out upon entry into the corporeal world by this overpowering force. In ancient Egypt it is mythicized as the death of Osiris at the hands of Set and his 72 co-conspirators, with Set representing the unbridled manifestation of this power in our realm. Through their artwork and stories, the ancient Egyptians would also represent this power as a bull being forced to carry the inert Osiris through his journey in the physical world, so you can see the importance of this power to enable the timeless travelings of the soul. The story of Anpu and Bata, of which I have previously wrote, describes such a journey and this image encapsulates this idea even further.

It is through the intervention of the goddesses Isis, Nephthys, and Hathor that Osiris is reconstituted and remembered and from this he engenders a son Horus, via the goddess Isis, who is essentially the light reborn in this world.

The re-membered Osiris copulating with Isis as a kite bird

In the Old Testament we see this represented in the story of Cain and Abel where we have mythologized the first murder in mankind's history as Cain's striking of Abel with a stone, the stone representing the material world. Because of Abel's death, Adam and Eve have a third child, Seth, who in essence becomes the line of the reborn Abel. Because of these stories my perception of this life force power had mostly negative connotations as I was drawn towards the idea of the light soul and though I understood this power as necessary I remained wary of it. This power is the domain of the god of the Old Testament which I conclusively demonstrated here. He is the angry god that rages when he does not get his way or is improperly worshipped. As with all manifestations in the material realm, this power's nature is one of duality and this is revealed in its positive/negative, male/female aspects. I didn't clue into this until my introduction to the Amazonian brew Ayahuasca which clearly made me see that all manifestation is through vibrational energy and there is a benevolent feminine power and a raging male power. So knowing this I was at first a little taken aback at systems that reference this power however upon further research I saw that they do recognize the duality of this power through the concepts of yin/yang and tiger/dragon. I'm still puzzled though that these systems are in essence teaching 'enlightenment' through the mastery of this power. I guess to an extent that is true in that you will not grasp your true nature until you fully realize and balance these powers within you however the true path you travel in your journey is to lead you to the light and self realization. What you are seeking is not Qi, Ka, Kundalini, Prana, Nephesh, i.e. the life force. This power is for you to harness so it can help you but surely it is not the be all and end all. That's my thinking right now and as an eternal student I will continue to seek understanding of these perplexing spiritual concepts.

The other idea I want to present now is the idea of a monolithic god that oversees all of creation. It's a tricky and divisive topic so I won't go too deep into this but just present a few observations. The Old Testament teaches that man came first, from him was made woman, and that god is male. Take it or leave it but that sums up how we tend to think in our culture. A cursory look at our biology reveals something else though. We are all conceived female at first and it's not until about six weeks into the gestation of the fetus that our gender is determined. Thinking on this and referencing in mythology the idea of the great spirit being of an undivided whole, sometimes represented as a hermaphrodite, I came to realize that the female condition is truest to this androgyne concept. In a way it can be seen that this idea of a sole god can be thought of properly as the great mother from which all life came from, this genetrix creating through the parthenogenesis of the mythical vulture in mythology, the goddess Neith in ancient Egypt and her counterpart, the eternal virgin celebrated as Athena Parthenos at the Greek Parthenon. 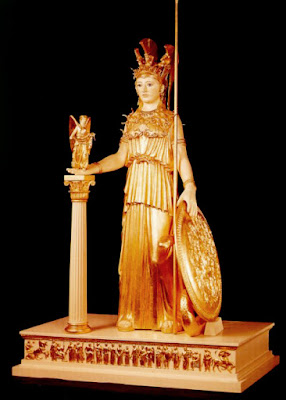 We cannot know her true essence as the manifestation of the female in our reality has the male aspect suppressed but we can at least conceptualize from biology that at conception we have the DNA software to become either sex but the hardware is feminine at first. The feminine is the true creator while the male is an original aspect of the one that is divided in order to ideally provide support and protection to allow the creation of the feminine half to flourish. In order to create in the physical realm the feminine needs to become one again with the masculine aspect; a return to the original state of oneness that spawned all of creation. The declaration of Yahweh that he is the sole god is pure hubris.

"Now the archon who is weak has three names. The first name is Yaldabaoth, the second is Saklas, and the third is Samael. And he is impious in his arrogance which is in him. For he said, 'I am God and there is no other God beside me,' for he is ignorant of his strength, the place from which he had come."
"Apocryphon of John," translated by Frederik Wisse in The Nag Hammadi Library. Accessed online at gnosis.org

The Abrahamic religions are worshiping the dragon, the yang, the male aspect of the life force and you can see the Gnostics had it correct in singling out the true nature of this god as being the demiurge; their concept of the demiurge being an evil entity that imprisons the divine spark within matter. This god was created when the great mother Sophia entered into this plane of existence and the separation that ensued birthed the male power and entrapped the emanation of light, the power of Sophia, within mankind. Gnosis is the attainment of knowledge that allows you to realize that this divine spark is within you and is essentially the essence of who you are. In ancient Egypt you see this unplanned, forceful manifestation of male power in the abortive birth of Set from the sky mother Nut which contains parallels to this Gnostic story. In the Abrahamic religions the suppression of the feminine is endemic. It is still practiced openly in Islam while the patriarchy and suppression of the feminine is nuanced now in Christianity and Judaism. In order to make the declaration of being the sole god, the great triumph of monotheism, the feminine divine has to be suppressed and a system of worship has to be introduced that does not allow access to her - such as what we see in the role of the priest, who functions as the intermediary between you and the divine. Thankfully a path still remains that leads the seeker out of the darkness to this knowledge. If you earnestly seek it out it will find and answer you.
Posted by Apollo at 11:27 PM 0 comments