Intuition is a bit of a mystery but without embracing the mystery it's a concept impossible to grasp.

In our world of duality intuition stands in sharp contrast to the left brained logic and reductionism that holds authoritative sway in our society. We live in the age of reason; the seeds which go back to the patriarchal Greeks and their particular brand of philosophy. This has led to fantastic technological achievements for humankind but at the cost of the suppression of our intuitive capacity - the right brained, feminine, and creative side of us, and it has in turn led to challenges in integrating our marvellous technological achievements into society as a whole.

The intuitive mind is a sacred gift and the rational mind is a faithful servant. We have created a society that honours the servant and has forgotten the gift. (Albert Einstein)

Intuition finds a home in art and the more art a culture creates the healthier it is. Art is the attempt to capture the essence of intuition. In creating we are encapsulating our feelings and the mystery they encompass within an expression that takes on a life of its own through the very mystery it projects. Expressed in language intuition can become meaningless; some would take it as fanciful speculation and at times drivel. But cloaked in the ineffable, of which art excels in capturing, intuition comes alive. There is no pressure to explain intuition within art therefore it remains up to the perspective of the one sharing in the majesty of the art form.

Intuition is the remedy for society's tunnel vision focus on the linear and rational. It is the antithesis for the grandiose claims of science and progress. All we have to do is listen to her. At this junction, I'd like to relate a personal story to try and illustrate this latest point.

The first time I ever drank Ayahuasca the Goddess appeared to me in three different manifestations. The were successive waves where I experienced her in one form, returned to my body, experienced her in a different form, and then once more in a third form. They were in order as a lover, as the embodiment of wisdom, and then as the world mother. The last time she appeared at the end when I was entering back into my body for good that evening my finger was tapping on the wooden floor of the maloca in a very rapid fashion. As this was happening she was repeatedly telling me all is vibration. As I have come to understand this I see that everything is energy and it is the way we perceive the energy that forms our worldview and ultimately our world. The senses we have evolved give shape and make sense of the energy around us ultimately excluding the majority of sensory input, which creates a narrow spectrum of human perception and understanding but ultimately serves us in a way that makes it possible to function in this world. This got me to thinking about the 'god' particle. I'm referring to the theorized Higgs boson particle that was postulated a while back. 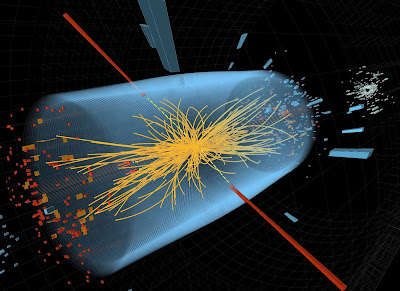 Western scientists have spent billions of dollars investigating the nature of matter and have found it gets weirder and weirder the more we peer into it. Physics' original impetus and foundations lie in the pursuit of the material world by measuring and defining it. We have been very successful at that and we went beyond even the atom and defined what makes up that unit. But we have never got to the core 'god' particle though it was postulated and theorized to exist. In the standard model there are Quarks and Leptons that are theorized as being indivisible particles. Then to give these particles mass it was postulated that a force called a Boson energized them but only when it passed through a transient field that activated the Boson, which is called the Higgs field, hence the Higgs boson that was popularized in the press a few years ago. Billions were spent on a Large Hadron Collider to smash particles together so we could detect the influence of this Higgs boson particle and scientists think they detected it. Anyway this thought came into my head about the reductionist methods of science. We take an object and probe into it to find out how it works. For instance in the brain we have discovered neural pathways and neurotransmitters that activate receptors that are converted into sounds, sights, images and so forth and as a result we have what is called consciousness. But it occurred to me we need to look at whatever the opposite of reductionism is. Instead of going into matter to try and find the underlying particle that everything is structured on, it is actually the opposite action we need to investigate. Turn the instruments around and probe the other way and you'll find the underlying unity at the head of the universal construct. It's the unity I have called Love and Love is what our minds want to call god. After my latest experience with Ayahuasca last year I got the intuitive feeling that the origins of the created world lie within a sexual metaphor. To be brief about it, the god we are looking for is encapsulated in the divine sexual embrace of the cosmic feminine and masculine energies that pervades the known universe. Creation comes forth from this orgasmically or what we call the big bang! This metaphor plays out in our lives in the exact same way that we create our children. Sexual union becomes one of the ultimate expressions of the divine. Another way then to visualize god is as unity in the form of a hermaphrodite. The 'god' particle we are looking for comes from not peering into the atom which just feedbacks fractally on itself but instead it is found by looking up into the heavens way into the deep past and finding the original unity.

The impetus behind my thoughts on this matter go back to a week and a half ago. As I was wandering through the forest I saw two coyotes approaching me across a frozen pond. They stopped in their tracks, we stared at each other, and then they retreated back into the woods. I took this as an omen; an omen being an act of a knowing faith in the power of intuition. I researched the coyote and this resonated with me:

Coyote animal speaks of the path less traveled, of the path that is hidden from plain view ~ as this is where you will find your way to the answers you seek. Solutions many times come in unexpected ways and the Coyote is the trusted guide on this mysterious path.
A challenge has presented itself to you and the old rules no longer apply, the challenge before you is to do things in a new way, in doing this alone new solutions and options will appear to you, seemingly out of thin air, seemingly "as if by magic".
http://www.universeofsymbolism.com/coyote-symbolism.html


This was the impetus behind approaching the problem of an underlying 'god' particle, something that didn't add up to my understanding of all being vibration, in a different light. By watching for signs, listening for guidance, and being open to the secrets revealed by intuition our lives become much richer for the experience.
Posted by Apollo at 4:03 PM 0 comments 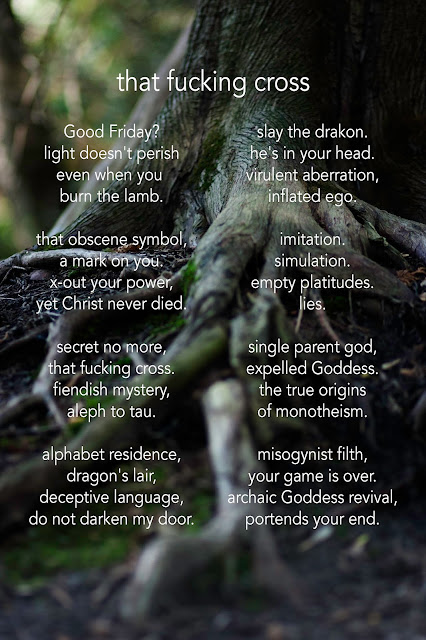