I'll start this post off with the band U2's song "Desire" and have that reverberate through your head as you read the following.

Once I'm on to something it unfolds and the knowledge comes forth quickly over the following months. Mixed in with some work with the teacher plants of South America, the subsequent integration period, and digestion of their wisdom leads to some interesting insights. What I'm getting at is back in October I jotted the following down:

Well I found him today - Eros. It's the passionate Love from the Goddess that powers the world. Love is the magic that animates all of creation. She told me so in the spring of 2015 while doing some work with the teacher plants in the Amazon and she explained the forces of darkness would never figure out the power behind creation as much as they tried because they didn't understand Love. I was riding in a boat on a tributary of the Amazon river in the midst of a dose of a plant medicine called Huachuma that was very strong. My altered conscious self was receiving a major download from the Goddess, which I dutifully recorded the next day, but at the time I didn't quite understand what exactly she was talking about though the theme and presentation of the knowledge had been in my face and present for the majority of my two week stay in the jungle. I eventually isolated the power as serpent power and in turn how it can be used for sexual needs, for health concerns, or for spiritual attainment. I knew the Great Goddess generated this power and I connected it today to whom we call Eros. This manifests as pleasure, passion, play, and desire. I have felt the power in plant medicine ceremonies and in my own dalliances with strong jungle tobacco called Mapacho. It has always struck me as how peculiar it is that the ceremonies have been at times extremely erotically charged with Ayahuasca visions of writhing women, a sensuous Goddess, the most intense pleasure I have ever experienced, the aphrodisiac effects of Huachuma, the heightened senses from Huachuma feeling as if the jungle was one big orgy, the resultant radiating of this energy, and the arousal caused by Mapacho are hard to miss.
Light and Dark contend with each other; the Light a monument to reason and logic. The two combatants are oblivious to the power behind them; this power being Eros - the antithesis of Light's reason and logic. Eros will never be understood, so, he plays about freely in this world, untouched by the forces of darkness within the light that seeks to discover this eternal power. 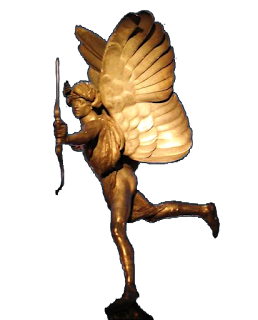 I then connected desire to one of those puzzling metaphysical questions: Does life have a purpose? Only if you desire life to have a purpose does it have a purpose. This sounds strange because we tend to belittle our power or we don't believe how we can influence our world and destiny. So, the root answer to the question is no life does not have a purpose. You can get caught up in thinking that in order to reach some kind of elusive spiritual attainment I must return to that state of non-attachment and purposeless ness. However desire is what enables creation. Desire as Eros is the masculine polarity that along with the feminine enabler of desire, which I will call Maya, causes the universe to come into manifestation. The world illusion, as the Hindus call it, is Maya and the reason it is considered an illusion is that it is impermanent and forever changing because desire ebbs and flows; it comes and it goes. That's the trick. Have you ever been passionately in Love with someone or something? Is it sustainable? No, it rises, peaks, and then comes back down. Maya is sustained by Eros. Eros is desire. Creation is willed into existence via the creator as an act to fulfill our desire. Can you see how strong it is? So who do I mean by "our" and "creator"? The word "our" is denoting the creator's children and mama the "creator" granted her offspring's desire to incarnate into a world that they could build according to their wishes. Therefore, if you wish for the world to come to a stop then by all means take up a path of no desire. But of course you are desiring not to desire so therefore you cannot really not desire. Realizing this, the peddlers of spiritual bonafides came up with non-attachment. Do not desire and do not desire not to desire. Deep down all of creation is what you want and wanted. You are desire.

Have I ever told you about the Hebrew word qodesh? I have written about it. It means holy and the Israelites are constantly being badgered to become qodesh qodesh qodesh in the Old Testament and god forbid they enter in Yahweh's holy of holies not purified lest they be struck down dead. The word intrigues me because of its associations to a goddess in the Levant that traces her origins or at least is associated with the Great Goddess Hathor of ancient Egypt. 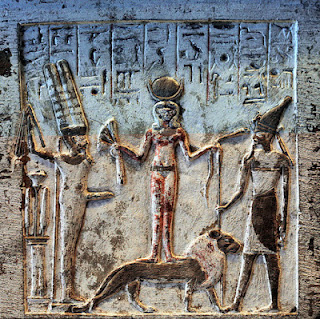 I have wondered what it means to be holy and why this association with this (the) Goddess? I think it relates back to desire and this creation being an outlet and a sort of finishing school for this energy that would as an analogy give "manners and grace" to the red and raw energy that makes creation flourish. Where are we now in the curriculum and is it getting through? Look around and you see Eros manifesting at different levels of expression, whether that be in anger, rage, greed, lust, compassion, love, bliss... It's coming forth in many ways; though an overview of the world reveals the majority of the power still is untamed and marked by animosity towards others and the planet.

The purification of Eros is symbolized in the East by Tantric Kundalini and the Chakras. 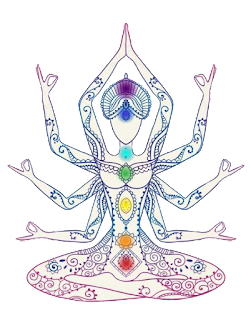 Desire we all have at its base form and if cultivated we can make this Kundalini serpent power ascend through our energetic body and essentially the process is a purification of the red and raw energy into white light. The white light is qodesh and it’s a reunion with the Great Goddess. It would then necessarily assign a purpose to life if this energy and its power is discovered. I think I like that, I mean there doesn't have to be a purpose and there is no dire consequence if one does not grasp or acquire a purpose. Something similar would be the idea I was mentioning earlier of attachment. At one point in my journey, I thought that non-attachment was the way to liberation from this suffering world and well, truthfully it is. If you do not want to suffer then don't cling to anything. But what a trick! This is straight from the playbook of the clever masculine mind. If you want to avoid your heart, never learn to Love, and lock away the Goddess then go ahead and practice this. By getting involved, loving others, being passionate and compassionate you open your heart and learn to Love. You then experience what the Goddess experiences - a profound Love for all of creation as well as the empathetic suffering when her children suffer. Love will purify the Light and the destiny your desire is ultimately striving to attain will be fulfilled.