Tobacco is a lifelong continuing education program in which the understanding of concurrent events in your life lead you towards connecting the knowledge back to what tobacco has been teaching you. I was exposed to Mapacho tobacco in 2013 but at the time had no interest in it and left its use into the hands of the shaman. Upon first use of tobacco in 2015 in the jungle, I noticed its calming effects despite the slight nausea I got from the novel experience. Later that same retreat, I found the more exposed I was to it, the more I was repulsed by the smell which curiously followed the trajectory of drinking Ayahuasca. In a cycle of work with Ayahuasca, I find I am done with it after the fourth round of drinking for the primary reason it is disgusting and hard to stomach. My relationship with tobacco changed in 2016 when after the requisite repulsion, I found it was calming to smoke after drinking a cup of Huachuma. Things really changed when in the final ceremony I witnessed the Maestro don Howard on the star deck at SpiritQuest perform this masterpiece of a ceremony with the manipulation of tobacco smoke being the star of the show. When given the opportunity to join in, I eagerly lit up my puro and ended up smoking two cigars in short order. Being a novice consumer of this potent jungle tobacco, soon my body was convulsing with the power unlocked by the properties of tobacco. I ended up being pinned to the ground with my lips pressed against the earth hoping the coursing power would soon dissipate. The experience was transformative and when I left the jungle that year I brought with me a bunch of the jungle tobacco and so began my education while integrating my lessons at home.

I am of the inquisitive and curious bent so it wasn't long before I began to examine and record the effects of tobacco after sitting with him on a nightly basis. Tobacco would take you to this tipping point where you are on the precipice of the oncoming rush and then whoosh the intoxication would overtake and possess you. At this point, I'd have to ride out the storm. If I was standing when he hit, I would be forced into a sitting position because of the intensity. I soon deduced this was central nervous system agitation and over time I built up a tolerance which would require more than one cigar in order to reach the heights I had previously felt. The strange thing about the experience was that after the rush of the oncoming freight train had passed there would be this incredible feeling of peace and calmness. Tobacco was teaching me. What a wonderful gift this tobacco where you can feel a surge of power followed by peacefulness.
What I described was five years ago and I have not stopped exploring the power of tobacco. Tobacco activates the power, strength, and protection within and nightly I spend time in communion with my friend before coming before my Mesa, this construct I affectionately call the "Mesa of Power" because the tobacco moves through me in conjunction with ceremonially lighting up my Mesa. I invite the maestro in and tremble as the power courses throughout my body.
I recently tried magic mushrooms for the first time in my life and the central theme of the experience was power. My shadow is power and I have the antidote to this surge in being able to radiate peace. At the same time, the juice I need to propel myself forward in life comes from my shadow. My shadow tells me the constant power drives him mad. I know my peacefulness will cause me to fade away without my friend. A few days afterwards I was out in the woods and as always took some tobacco with me and had a smoke out at one of my favourite spots. I took the time to feel the onset of power and connected it to my shadow. I let him take me over and my body started trembling uncontrollably. I just gave in to the tremors rippling through my body, allowing my shadow to demonstrate to me on a smaller scale what he is feeling. I get it. The power is awesome and here I was literally enthralled with it but I did realize I couldn't function in that state. It is fun to visit but a method is needed to express the power and let go. He doesn't have that. As I let the power rage and then fade away, I returned to a heightened state of peace. I took a deep breath and I understood.
Soon afterwards, there was a power outage in my neighbourhood due to high winds which lasted for sixteen hours. What an inconvenience to be without electrical power. As with most of my life now, this event was actually another teaching moment and due to my heightened sense of awareness, I easily connected the dots. You know what I did after the power went out and I completed my chores for the day? I went to bed. I took the opportunity to peacefully rest. I got up to eat and feed the dog but soon I laid down once again. Without power, I am content to just go to sleep with a longing to just rest in peace. The connection to the syllabus unfolding within my life is obvious. I need power or I'll fade away and conversely my shadow needs me to consume the power so he can find peace.
Now that I understand I know I can help. I have transformed into a warrior. I am a worthy opponent to my shadow self. He is the epitome of power and that power corrupts all it touches. He has tempted me with it but I learned the lessons of my life from icons of liberty and the admonitions of don Howard, who warned me of this very thing, and I took all the lessons to heart. I'm a good student. I could grab the ring and rule over all. My shadow has tested me out many times, beaten me into a pulp, placed before me the fulfillment of what it is I desire but I've let it all pass. I'm sure we all have our breaking point; I'm no saint but he knows my intentions. Through his teachings, I transformed into the hero and completed the quest. I have become the man he needed me to become. I'm his adversary and the medicine that will allow him to let go and finally find peace. I found the confirmation of this gambit through my friend tobacco. I know I can give him the peace he seeks. He can trust me not to take and abuse his power. The constant tests have demonstrated I'm good for it. He transformed me and now it's my turn in reciprocity to transform him.
What an exquisite game.
Posted by Apollo at 9:00 AM 0 comments

first magic mushroom trip report or "would you just shut up, I'm tired, and want to go to bed"

You can create an axis mundi, which is an access to power, anywhere on the earth. It’s the genius of the spherical shaped planet we call home. The potential to become power is always present but unless you discover and figure it out, you’ll go to your grave oblivious to its secret. At Chavín de Huántar, the axis mundi was designated at a spot where two rivers meet in a valley plain. The stone idol worshipped at Chavín, we call the lanzon, is an amalgamation of all the forces in the universe into the one. 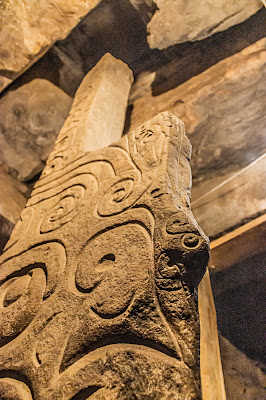