the archaic revival of the Goddess

The way I'd explain the normative state of mind is this: there are filters that control the amount of influence the divine feminine and masculine gendered energies have over you. Depending on your own gender, the traits of one will be dominant over the other and in turn manifest these traits over the course of your life. For the majority of us as long as there is a speed limit on these energies they are to a certain extent controllable. Outside influences on us such as stress will loosen the reins and heighten the effects of these energies. As well intoxicants such as alcohol also will open up the filter. Drinking the hallucinogenic tea ayahuasca in the rain forest under the supervision of an accomplished conductor of these energies allows you to experience them very raw. 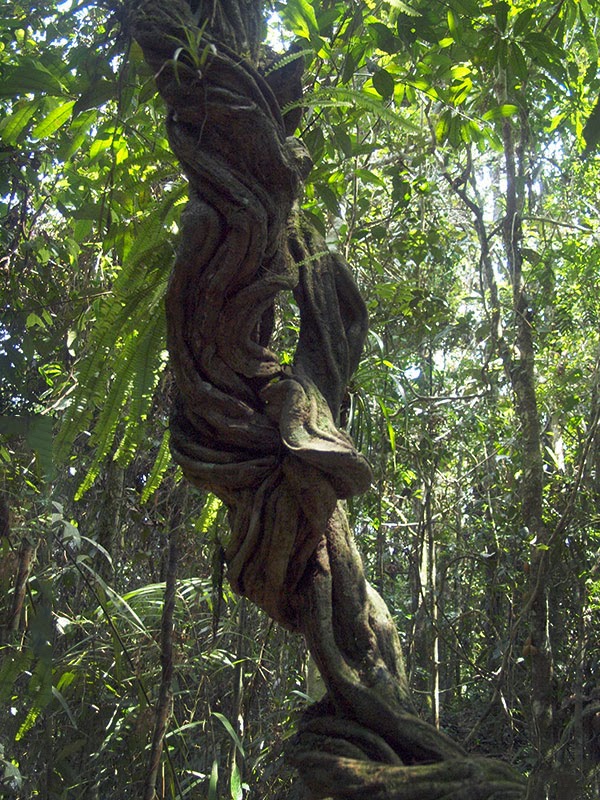 There is little filtering of these direct energies while under the influence of this shamanic brew in combination with the setting in the wilderness. 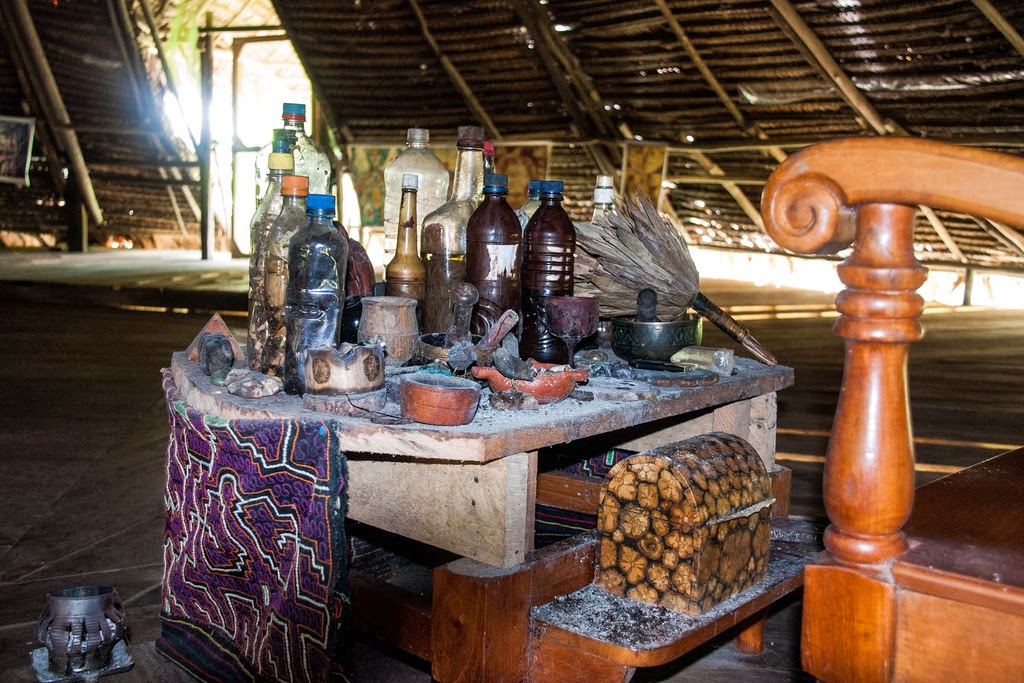 Ceremonial maloca in the wilderness

The feminine energy is a love like no other ever experienced. The masculine energy is a crazy, demented source of confusion and selfishness masked as realism. It is my understanding this is the prevalent power in the material world.

The feminine energy I experienced exudes love. It is the unconditional love called agape by the Greeks. Her love is both nurturing and forgiving. There is a strong sense of family attached to this energy and she has an expressed longing for union with us. This energy also contains within it the seductive and intoxicating forms of love and unfathomable beauty.  Exquisite fragrance is an essential trait of this feminine energy. This energy is captivated by the finer things and beauty in creation. However a profound sadness and a feeling that her children are destroying the planet is conveyed as well. Overall this a very positive and uplifting energy. 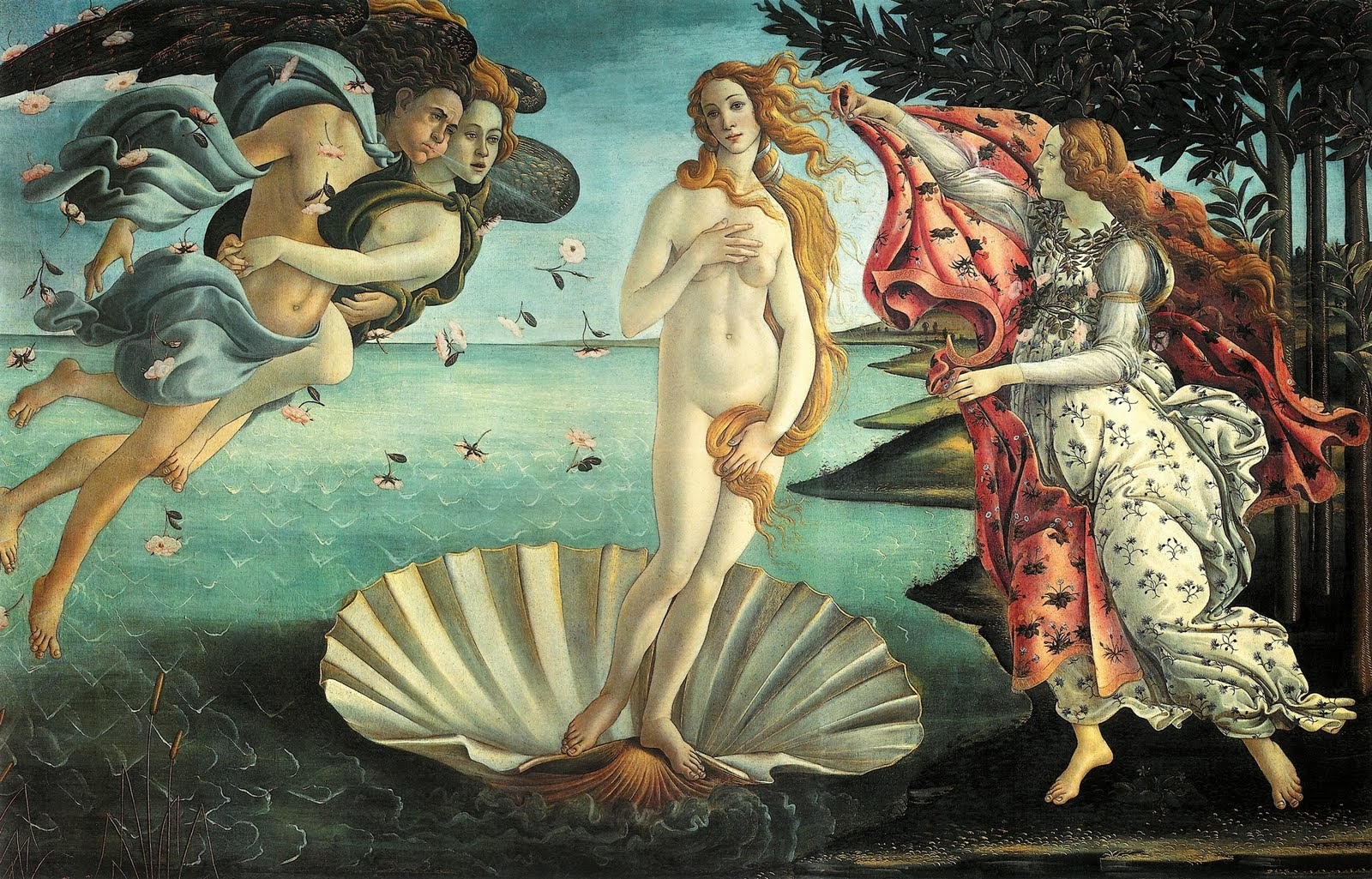 Botticelli's painting of The Birth of Venus

The masculine energy I experienced was first off dark and controlling. This powerful energy has a desire to be domineering over all it meets. This energy is goal oriented and maintains extreme selfishness to fulfill these desires. Within this frothing at the mouth and expressed misogyny it is concerned with acquiring and maintaining power and seeks all avenues of wealth creation. It has a grandiose desire to dominate all of creation. This energy is uncaring and those that wish to show compassion should do so at their own expense. Curiously this energy is very aware of the feminine energy and tries to control her with offerings of wealth and in turn then hiding the feminine away. For all its negative traits this is the energy that moves creation forwards. It is dynamic and relentless. However it is a monster and a beast.

The uncontrolled masculine energy of the ancient Egyptian Set

Why then do our Abrahamic faiths of Middle Eastern origin that have become mainstream western religions exclude the feminine energy from worship and its expressed godhead? Why are women oppressed in the Middle East? If anything, I want to feel love and nurturing from the divine. These sham spiritual outfits control your experience, are big on laws and commandments, and they sure do like acquiring wealth. The true seeker will come into contact with the divine feminine and masculine energies and will see the exclusion of one of them by the domineering aspect of the other as unnatural to the core. Monotheism seems to be a construct of this domineering masculine energy designed to exclude the feminine from our worship. The feminine energy is an eternal energy that will never be permanently held down by these misogynistic outfits. In the Catholic tradition to try and control this longing for the feminine they allow "veneration" of Mary but draw the line on outright worship. 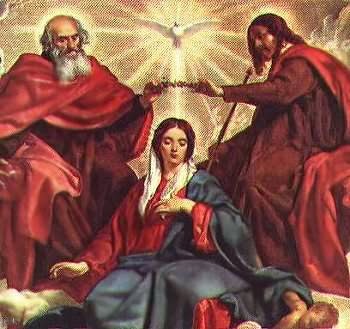 Mary - Queen of heaven and earth

In sum the masculine energy is the force that powers the material world. It is an uncontrollable dance powering creation. It is the power of the angry, charging, and untamed bull. 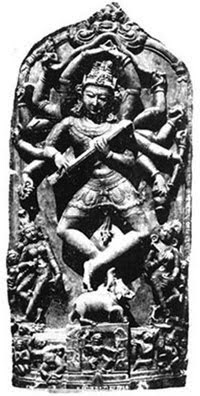 Shiva doing his dance on the bull Nandi

It is a beast that stops at nothing in order to achieve its need for greed and the goal of universal domination. It is a remorseless power and the destroyer of souls. In contrast the feminine energy is loving. She is the gentle cow that is a food source for all. 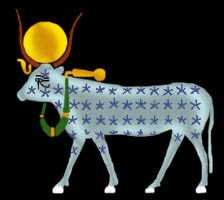 She is the nymph that matures into the seductress. She rages like the lioness and yet she nurtures the young and vulnerable. Somehow I think these two opposite energies need to be balanced but by nature the masculine energy resists this synthesis. A new age is upon us and it is the age of the archaic revival of the Goddess; it is realistically our only hope of salvation as a species.